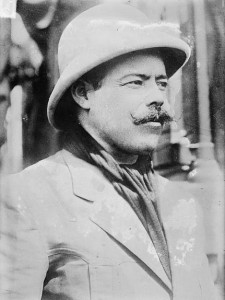 Villa as he appeared in the United States press during the Revolution. 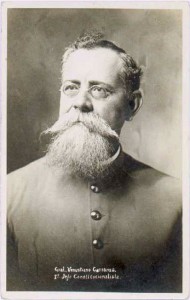 Venustiano Carranza de la Garza was one of the leaders of the Mexican Revolution. He ultimately became President of Mexico following the overthrow of the dictatorial Victoriano Huerta regime in the summer of 1914, and during his administration the current constitution of Mexico was drafted.

He was assassinated near the end of his term of office at the behest of a cabal of army generals resentful at his insistence that his successor be a civilian. http://en.wikipedia.org/wiki/Venustiano_Carranza 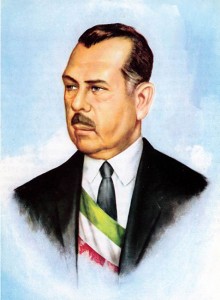 Lázaro Cárdenas was born on May 21, 1895 in a lower-middle-class family in the village of Jiquilpan, Michoacán. He supported his family (including his mother and seven younger siblings) from age 16 after the death of his father. By the age of 18 he had worked as a tax collector, a printer’s devil, and a jailkeeper. Although he left school at the age of eleven, he used every opportunity to educate himself and read widely throughout his life, especially works of history. http://en.wikipedia.org/wiki/L%C3%A1zaro_C%C3%A1rdenas
More info here: www.eventsloscabos.com/?p=2951 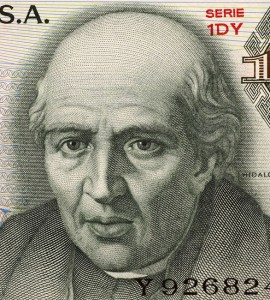 8 May 1753 – 30 July 1811) – More commonly known as Don Miguel Hidalgo y Costilla or simply Miguel Hidalgo  was a Jesuit-trained, Mexican priest and a leader of the Mexican War of Independence. As a priest, Hidalgo served in a church in Dolores, Mexico. After his arrival, he was shocked by the poverty he found. http://en.wikipedia.org/wiki/Miguel_Hidalgo_y_Costilla
Also known in México as ”father of the nation”. 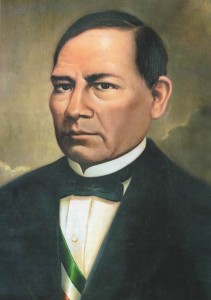 Natalicio de Benito Juarez (Birthday of Benito Juarez) was originally March 21. Observance: This national holiday is observed on the third Monday of March.

The birthday or Natalicio de Benito Juarez is a Statutory Holiday (referred as “feriados” or “días de asueto” in Mexico).

March 21st is the birthday of one of Mexico’s great presidents. An important statesman and liberal reformer, Benito Juarez was the first and only full-blooded indigenous leader to serve as president of Mexico. Born in 1806 in the village of Guelatao, Oaxaca, he studied for the priesthood before choosing to pursue a career in law.  More info here: www.eventsloscabos.com/?p=1709 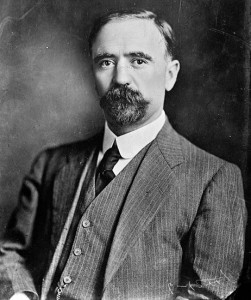 Born in Coahuila on October 30, 1873. Son of a wealthy landowner. Family was devoted to ranching, farming and commerce. Studied commerce and economics in France and agriculture in the U.S. Saw the need to improve conditions in Mexico.
Photo on right
http://es.wikipedia.org/wiki/Francisco_I._Madero 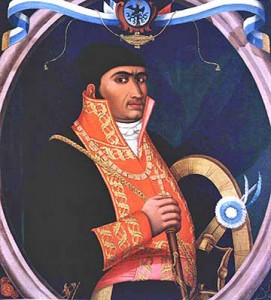 Image in the public domain.

José Maria Morelos (1765-1815) was a Mexican Roman Catholic priest and revolutionary rebel leader who led the Mexican War of Independence movement, assuming its leadership after the execution of Miguel Hidalgo y Costilla in 1811.
Image of Jose Maria Morelos on on a 20 Pesos 1977 Banknote from Mexico. 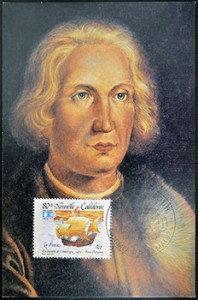 Columbus Day commemorates when Italian explorer Christopher Columbus ( Cristóbal Colón ) in Spanish) landed on an island in the Bahamas on October 12, 1492. He was not the first person to discover the Americas but he established contact between Renaissance Europe and the indigenous peoples he encountered. 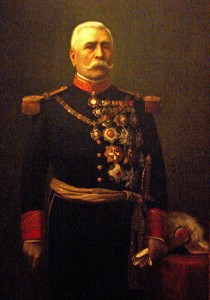 Porfirio Diaz (1830-1915) became a war hero during the French invasion of 1861, helping to defeat the invaders at the famous Battle of Puebla on May 5, 1862. He entered politics and followed the rising star of Benito Juarez, although the two men did not get along well personally. In 1876 he grew tired of trying to reach the Presidential palace democratically: he entered Mexico City with an army and not surprisingly won the “election” he set up himself. 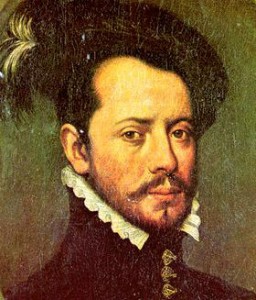 Hernán Cortés de Monroy y Pizarro, 1st Marquis of the Valley of Oaxaca was a Spanish Conquistador who led an expedition that caused the fall of the Aztec Empire and brought large portions of mainland …  Wikipedia

Hernán Cortés (1485-1547) was a Spanish conquistador, responsible for the audacious conquest of the Aztec Empire in Central Mexico in 1519. With a force of 600 Spanish soldiers he was able to conquer a vast Empire that had tens of thousands of warriors. He did it through a combination of ruthlessness, guile, violence and luck.

Cortés never lost the spirit of adventure. He personally financed and led an expedition to explore Baja California in the late 1530’s and fought with royal forces in Algiers in 1541. After that ended in a fiasco, he decided to return to Mexico, but instead died of pleuritis in 1547 at the age of 62.
http://www.eventsloscabos.com/2013/01/hernan-cortes/ 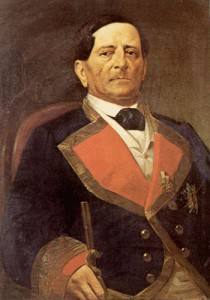 Antonio López de Santa Anna (1794-1876)
Antonio López de Santa Anna joined the army during Mexico’s War of Independence…the Spanish army, that is. He would eventually switch sides and over the next few decades he rose to prominence as a soldier and politician. He would eventually be President of Mexico on no fewer than eleven occasions between 1833 and 1855. Santa Anna was crooked but charismatic and the people loved him in spite of his legendary ineptitude on the field of battle. 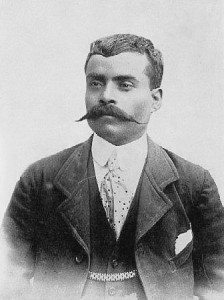 Emiliano Zapata (1879-1919) was a revolutionary who operated south of Mexico City. He had a vision of a Mexico where the poor could get land and freedom. Emiliano Zapata (1879-1919) was a village leader, farmer and horseman who became an important leader in the Mexican Revolution (1910-1920). He was instrumental in bringing down the corrupt dictatorship of Porfirio Díaz in 1911 and joined forces with other revolutionary generals to defeat Victoriano Huerta in 1914. 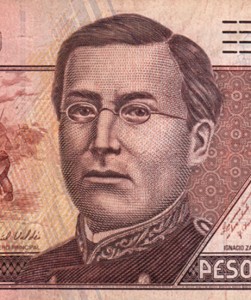 (March 24, 1829 – September 8, 1862) was a general in the Mexican army, best known for defeating invading French forces at the Battle of Puebla on May 5, 1862 (now celebrated in both the United States and Mexico as the Cinco de Mayo).
Zaragoza was born in the early Mexican Texas village of Bahía del Espíritu Santo (now Goliad, Texas, in the United States) in what was then the Mexican state of Coahuila y Texas.
http://en.wikipedia.org/wiki/Ignacio_Zaragoza 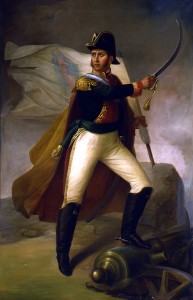 Ignacio José de Allende y Unzaga was a Mexican-born officer in the Spanish army who switched sides and fought for independence.